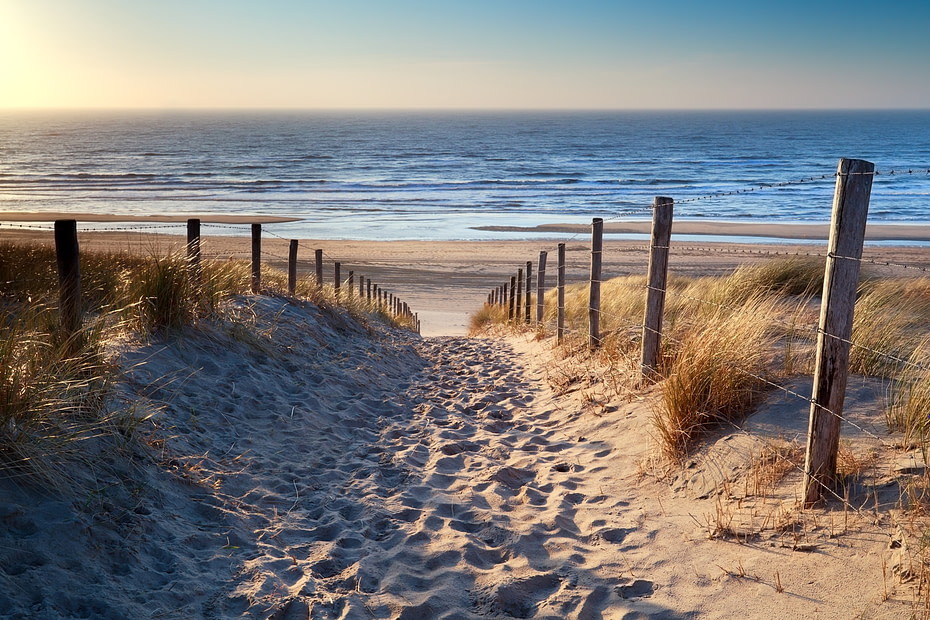 One of the best places along the East Coast to plan a vacation from may surprise you. New Jersey is positioned perfectly for exploring the Northeast and New England above it, the gateway to the South beneath it, and the wilderness of the Virginias to the West. And that’s not counting the popular sights and hidden gems along New Jersey’s own coast, where a lengthy road trip is hardly needed to find a good time.

Whether you’re a beach bum at heart or the mountains call to you, RVnGO can help get you there from New Jersey. We’ve put together a list of the top 10 RV rentals in New Jersey to get your journey started, plus some ideas of where to go while you’re at it.

The 2018 Thor Miramar packs a punch at 38 feet. The Class A can sleep up to six people without feeling overcrowded because of its spacious layout. Two bathrooms make the Miramar ideal for travelling with groups, and the kitchen is equipped with a large refrigerator to support feeding everyone. The RV has three slide outs for additional space while camping.

On the slightly larger end of Class C’s, the 2022 Forest River Sunseeker can sleep up to eight people in its 32 foot frame. The kitchen features a full size gas range stovetop perfect for cooking for large groups. The Sunseeker has two slideouts, an awning, a rear view camera for easy parking, and a generator for boondocking.

If you’re looking for a veritable house on wheels, the 2019 Coachmen Mirada has you covered and then some. The 39 ft Class A comes with two bathrooms, a king size bed in the master suite, full size refrigerator, two 13,500 BTU air conditioners, and automatic leveling jacks. The living area is bright and open, with plenty of storage space for long haul trips and a fireplace to keep you warm at night.

The Mirada also comes with an exterior television to keep you entertained on your trip inside and out.

Warm, modern updates are the staple of the 2021 Dutchmen Aspen. The interior is marked by an inviting boho trim throughout. The Aspen can sleep up to an unbeatable 10 people in its 32 ft without feeling overcrowded. For ultimate entertainers, the exterior of the RV features a gas stovetop and mini fridge ideal for cooking up lunch on a sunny afternoon.

The 2017 Mercedes Benz Sprinter is lowkey on the outside, slick and stylish on the inside. The plush interior can seat up to 10 people on its bench and individual seating, with fold out tables for convenience. The Benz is fitted with an Apple TV, surround sound stereo, mini fridge, and a small bathroom with a separate entrance equipped with a composting toilet.

Small families or couples will find the 2020 Jayco Red Hawk perfect for their needs. The RV features a classic design that sleeps between six to eight people. There is plenty of storage beneath the RV and inside it, inviting renters to come in and make it their own. The Jayco comes with a generator for a small fee for those looking to dry camp. One way RV rentals are available for this listing.

For those that are looking for a more traditional setup in their campervan, the 2015 Mercedes Benz Sprinter is a great fit. The van makes incredible use of its space, fitting in seating, a small kitchen with mini fridge, stovetop, and microwave, and a convertible sleeping area. With a 300 watt solar system and 2500 watt generator, the Sprinter is excellent for boondocking.

The 2020 Forest River R-Pod 176 is small but mighty! Inside the 17 ft is a dining booth that can seat up to six people and converts into a bed for two. The small kitchen is well equipped with two gas burners, a mini fridge, microwave, and pantry space for storage. Two bunks, plus a small bathroom with toilet and shower round out the R-Pod.

This RV is ideal for couples, people travelling alone, or people towing an RV for the first time.

Are you a seasoned pro behind the wheel or travelling with a large group? The 2016 Shasta Phoenix 35bh is the king of the road at an incredible 40 feet. The fifth wheel is spacious on the inside and can accommodate up to 10 people comfortably. There are two bathrooms to support large parties, plus ample storage space in the master bedroom. In the living area, an electric fireplace keeps things warm.

The 2019 Thor Motorcoach Freedom Elite is built with entertaining in mind. Although the inside of the RV is warm and inviting, outside is where the party truly starts. The Motorcoach is equipped with an exterior tv and Bluetooth soundbar beneath an LED lined awning.

The hosts provide renters with a Webber gas grill and skillet as well as collapsible tables for food prep and dining, plus an Air lounge couch!

Long Island and the Hamptons are less than 4 hours away from New Jersey! Encompassing Brooklyn and Queens all the way to Montauk on the eastern point, Long Island is filled with miles and miles of shoreline, personality, and some pretty good craft breweries. Further north, Upstate New York is a camping paradise of lakes, mountains, and quirky towns.

For a longer road trip from New Jersey that’s well worth the miles, Myrtle Beach in South Carolina is an East Coast favorite. Miles of white sand beach and turquoise blue water that stretch as far as the eye can see draw people in, but Myrtle Beach’s boardwalk, amusement park, and aquarium are the real charms.

In the southern tip of New Jersey’s Cape May Peninsula, Cape May itself is a dreamy beach town full of character. Famous for its colorful Victorian houses, Cape May has all features of a classic seaside resort. Charming downtown filled with shops and restaurants, gorgeous beaches for swimming and suntanning, and perfect summertime weather.

The seaside resort and gaming capital of the East Coast awaits you in Atlantic City. The boardwalk and casinos are legendary, visited by over 27 million people each year. Whether you’re there for fine dining, time at the beach, or to make some money, Atlantic City will bring you into its thrall all the same.

A classic American hiker’s paradise is seven hours away from New Jersey, making this another long distance road trip worth every mile spent. Poets, singers, and painters have been pledging their love to the wilderness of West Virginia for centuries. The Appalachian Trail Conservancy is headquartered in West Virginia, where you’ll also find New River Gorge National Park, Snowshoe Mountain, and Blackwater Falls State Park.